What Do You Need to Start Building Landing Pages? 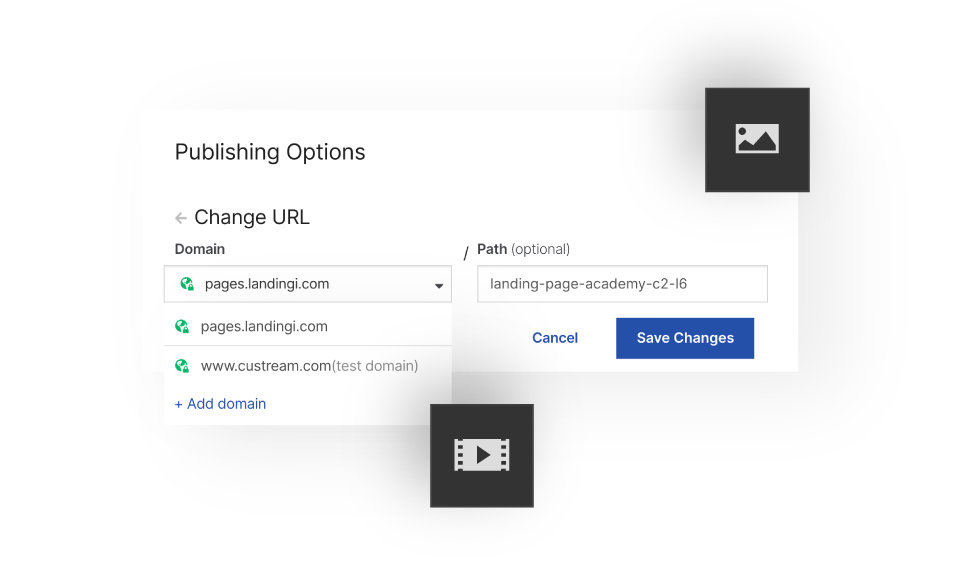 It’s great to see you in yet another lesson of the Landing Page Academy! You’ve already taken a few steps into the world of landing pages, so now it’s time to see what you’ve got and gather it in one place.

You’ll need a goal (that always should come first), a landing page builder, some graphics, copy ideas, and a few other things.

We’ve been talking about landing page goals a lot in the first Chapter of the Landing Page Academy, so just keep in mind that you need to stick to a single goal if you want your landing page to be effective.

Think of it as getting all the ingredients for a nutritious, aesthetic, and tasty meal. Let’s find a way to please your future customers with a delicious landing page!

How to Choose a Proper Landing Page Solution?

There are hundreds of tools that let you create landing pages, but they all offer different things: 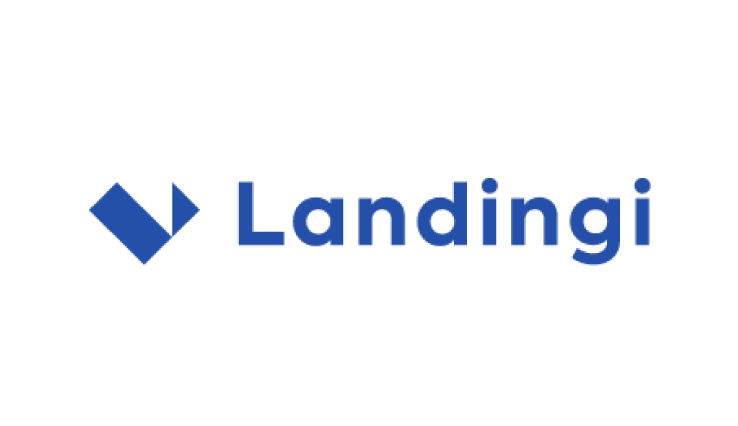 Where Do You Get Graphics and Videos From?

Both graphics and videos can be found on stocks. These are huge assets libraries, filled with materials for every occasion. So the stocks would probably be the place to begin with. There are both free and paid stocks, and the difference between them is clearly visible: pictures from free repositories can be seen all over the Internet because there are more people who’d rather use a free picture instead of paying for one.

There are tons of high-quality assets in internet libraries, but it’s easy to fall into the trap of adding a moderately accurate picture to your landing page. Remember that each element on a landing page works for the final effect, so if the visitor would see a photo he’s already seen dozens of times elsewhere, how could he or she believe you that your product is unique?

Paid stocks are better than free stocks, but the ultimate solution is to present real things.

Showing real photos and original videos is how you build the credibility of your landing page. 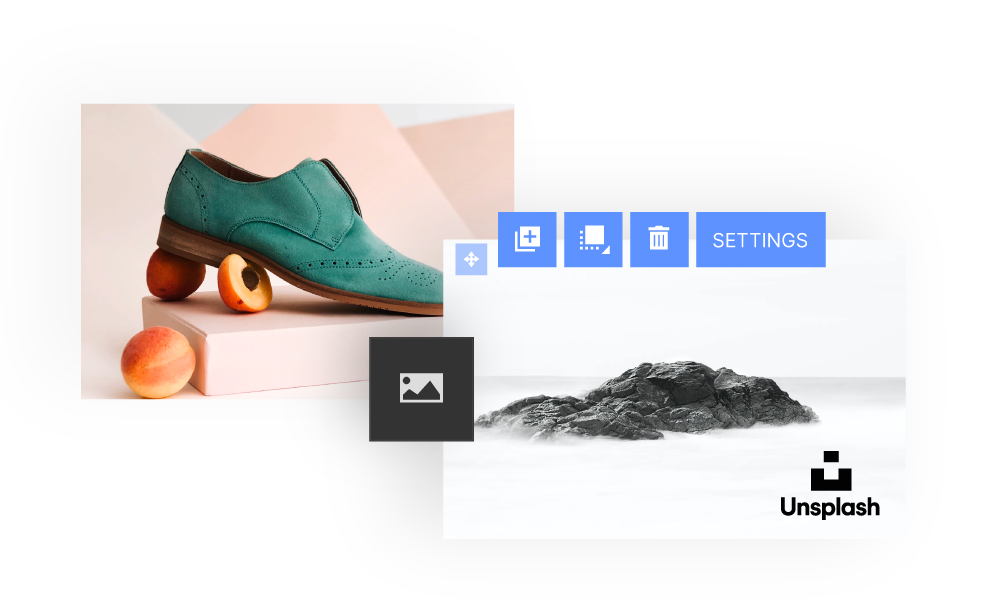 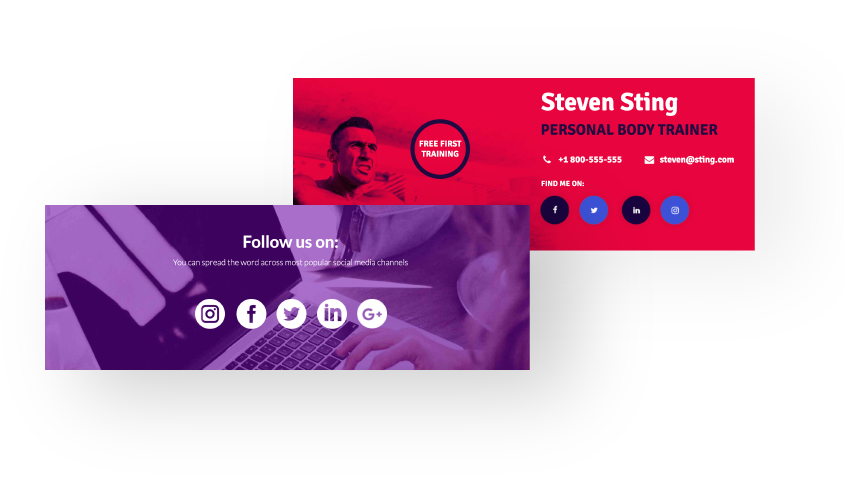 How Can You Get Social Proof?

There’s a solid chance that you’ve already seen an opinion written by “Ted, 29” on the Internet. Or, even better, by a “Happy Customer”. They are all worth nothing. The times of treating visitors on websites and landing pages as stupid have passed and won’t come back.

If you already sold your product to someone, ask them about the opinion, but don’t expect a 50% conversion on this. People usually don’t rate stuff they bought unless there’s something wrong… or unless they’re totally in love with it.

Things get complicated when you’re advertising the MVP of your product or you’re just starting. In such a case, prepare a prototype in advance and ask people to rate it. If you’re recruiting people, ask co-workers to say a few words about the job. Usually, there’s a possibility to get social proof, and if there aren’t any… just don’t do it. Having no “Opinions” section is always better than writing made-up stories with zero credibility. 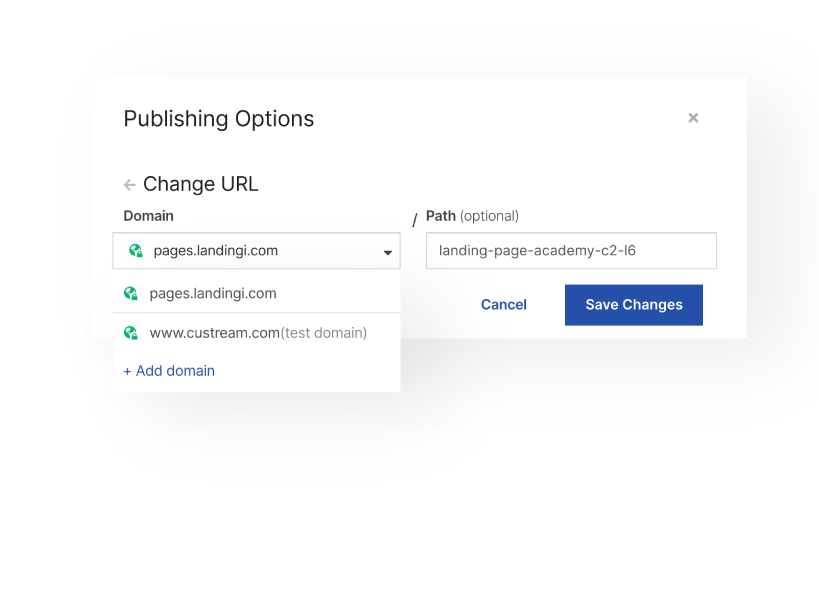 If you plan to use landing pages for advertising, you need to publish them under your own domain. Usually, you need to first buy a domain, and then connect your landing page(s) to it. Configuring the domain shouldn’t be hard, but if you stumble upon some difficulties, be sure to check if your selected builder has a help center that covers this topic.

But that doesn’t have to be the only publishing option. Some landing page builders offer test domains, so you could build landing pages and then publish them for testing (send them to your colleagues, manager or your customer for feedback).

In that case, you won’t need your own domain to start building landing pages.

A Foundation for Landing Pages 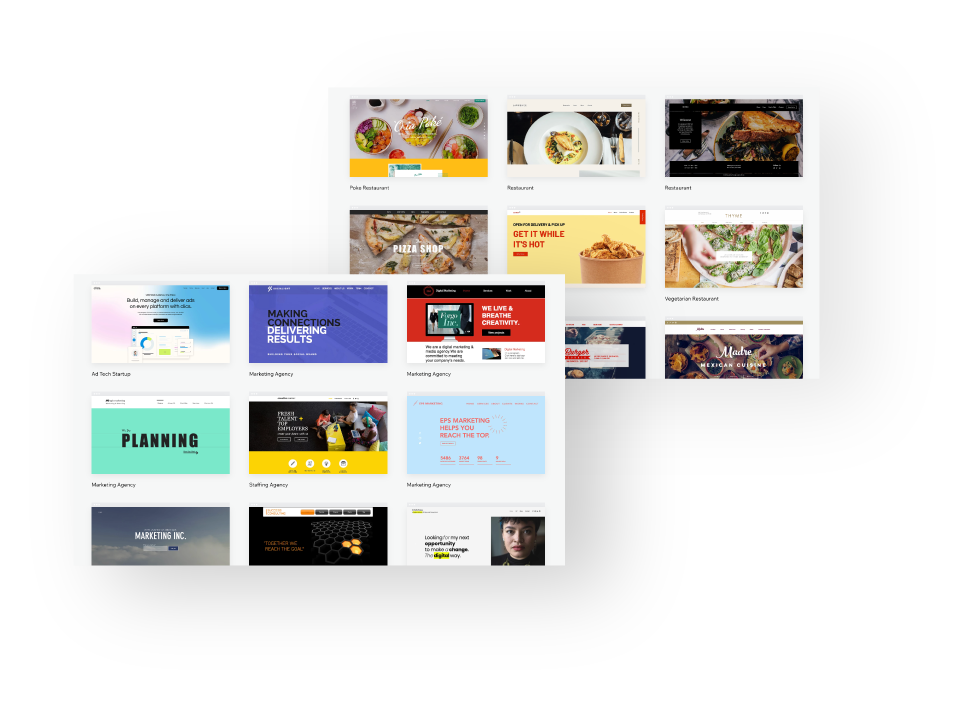 Some Design Skills... or a Template

So you already have a goal, a builder and all the other stuff needed to roll up your sleeves and get to work. Now it’s time to start building… or pick a template.

I personally recommend spending some time trying out various widgets, forms, fonts, et cetera, even without any template. After some testing, it’s time to actually start building. And that’s what the next lesson will be about.

Share Your Thoughts and Get a Free Landing Page Checklist!

Let us know what you think about Landing Page Academy, and we’ll send you a handy Landing Page Checklist in return. The checklist will help you make sure your landing page is ready to rock! 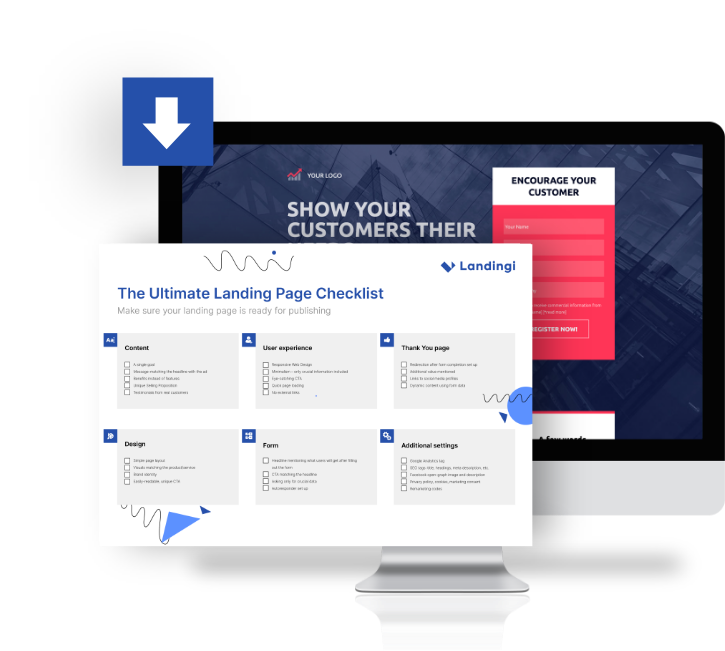 That's quite a lot of information to process, so before venturing further, take a moment for a quick review of what you've learned during this lesson... and head on to the next one!

1. Find out what kind of landing page builder you need.

2. Decide what graphics or videos you’ll be using.

3. Check if you can get any opinions about your company or products you sell.

4. Make sure there’s a test domain available, so you can not only build a landing page, but also test it or send for feedback to someone. 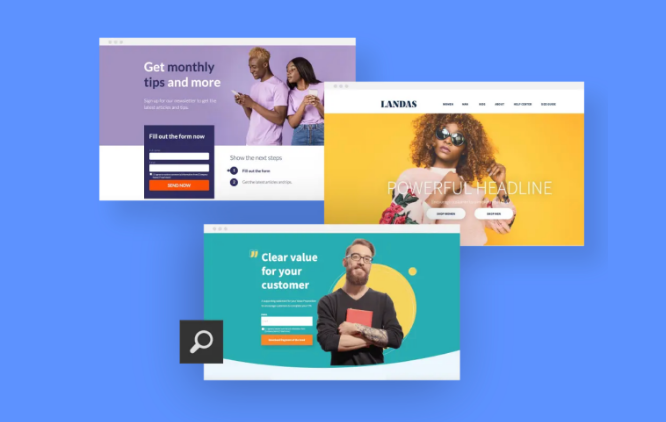 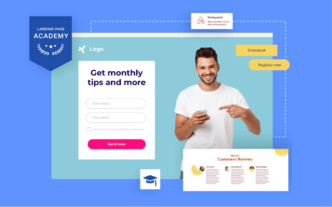 In the next lesson, we'll continue with the theme of building landing pages. More specifically, we'll focus on templates – how to find the right one for you.